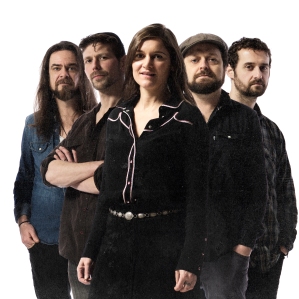 Praise for Turn Your Face To The Sun

‘..the record is an exercise in handcrafted songwriting’ The Last Mixed Tape

‘the 11 tracks which are delivered, as ever, with gusto and flair.’ The Irish Times

Dublin roots band I Draw Slow have been consistently honing their craft over the course of the last 11 years. They have been selling out venues in Ireland and releasing their records to critical acclaim. However, they haven’t only focused here. It’s been six years since the 5 piece band made their debut US appearance in Nashville, following the Number 2 Irish chart position of their second album, Redhills.

Seventeen tours and 25 states later, they’ve moved into a dominant position on the American folk music scene and are receiving well deserved recognition from some of the biggest festivals in the US.

2017 was a busy year for I Draw Slow. They signed with Compass Records, one of the most important independent roots labels in the U.S., who also feature Ron Sexsmith, Altan, and the Waifs on their roster . Announcing the signing, Compass Records CEO Garry West said: ‘First, we noticed how they got the crowd involved in what they were doing. Their energy is truly infectious. Then we noticed that their CDs and merchandise were flying off the shelves in the festival store. That kind of immediate response is always going to get our attention! But more than anything we’ve been impressed with the strength of the songwriting, the sibling harmony and the musical proficiency of the band. They are truly dedicated to their craft.”

The band released their fourth album, Turn Your Face To The Sun, which was funded entirely through pre-sales to a large, loyal and growing domestic and international fanbase. The album went straight in at #1 in the Irish Independent Album charts! The album received excellent reviews, earned them the coveted Record Of The Week spot on RTE Radio One, and saw them performing on Newstalk, Today FM and the Late Late Show, the longest running TV entertainment show in Europe!

They completed their 14th North American tour that April with the US album launch on 21st April – creating a serious buzz of anticipation on the US roots scene. Their songs have travelled widely, enjoying regular US radio airplay from coast to coast and inspiring covers of their material by bands across the US. The tour included special sets at The Rockwood Music Hall NYC, and the the band were also honoured to be chosen as a 2017 Featured Act at Merlefest, the biggest Roots festival in the US. The band are currently en route to the US again, where they will play the High Sierra Music Festival in California, then on to Boston, New York, North Carolina and finishing at the Red Wing Music Festival.

The music has also brought I Draw Slow to play in some weird and wonderful places – such as deep into the Canadian prairie after a two hour horse-drawn buffalo safari, at the residence of the Irish Ambassador to New York and to an audience of thousands at the iconic Grey Fox Festival playing with a roots collective that featured folk legends Chris Thile, Jerry Douglas and Tim O’Brien.

I Draw Slow have attracted the best of Irish talent to their video production: two of their videos (Swans, Valentine) were directed by Hugh O’Conor (My Left Foot, Three Musketeers, The Bachelor) and Aidan Gillen (Game of Thrones, The Wire, Love/Hate) starred as their eponymous anti-hero, Valentine. The band assembled the cream of the Irish burlesque scene for their breakthrough video Goldmine. Their videos have received hundreds of thousands of YouTube hits.

Part of the band’s appeal lies in their live performances, which really showcase the exceptional musicianship of I Draw Slow. The instruments and vocals blend organically on stage, giving audiences a sense of intimacy and connection to the performance. The albums are recorded to reflect this dynamic and offer the most faithful representation of the live experience. Turn Your Face To The Sun was recorded completely live with all five band members playing together in the live room for every track. My Portion, the lead track from the record, is a song about addiction? , and showcases the beautiful vocal harmonies of siblings Louise and Dave Holden.

The album was written entirely by Louise and Dave. It features vocals by the brother and sister duo, with Dave also playing guitar/mandolin, Konrad Liddy on double bass, Adrian Hart on fiddle and Colin Derham on banjo. Recorded in a house in Wicklow with Brian Masterson, the album also introduces brass into the mix for the first time.

Check out the video for the lead album track Portion right here, filmed on the beautiful shores of Achill Island in Ireland.

Keep your eyes peeled for some brand new videos coming your way from I Draw Slow. In the meantime, here’s a fantastic performance of the album’s new song Don’t Wake The Children, performed at Pickathon last summer.

‘Gritty as it is beautiful’ Country Music Television (US)

‘what I Draw Slow has created seems like a fully natural evolution’ Bluegrass Today, US 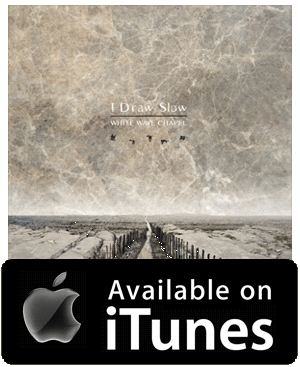