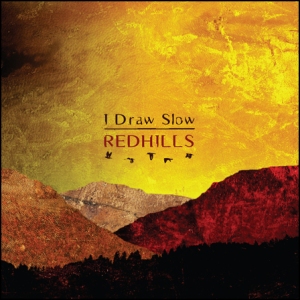 Americana-UK.com
I DRAW SLOW : DOWNSIDE : No label ****
It comes as something of a shock to discover that five piece I Draw Slow are Irish, as they have that contemporary roots/Americana sound down to a tee. Their big weapon is Louise Holden, whose voice is effortlessly pure and shivery, rather like a feistier Alison Krauss.

She and her brother, who plays guitar, have been writing songs together for nigh on twenty years, and it shows, as they have great tunes and beautifully constructed songs. There’s a definite bluegrass base to their music but it’s laidback rather than frenetic, and while the band deploy the expected banjo, fiddle and the like they differ from many of their contemporaries by not striving to recreate the sound of half a century ago. Instead making the music sound contemporary. There’s also a real sense of them playing for the sheer pleasure of it.

The two covers are excellent, with the traditional “Satan Your Kingdom Must Come Down”, here titled “Kingdom” spectral and echoey, and the instrumental “Buffalo Hunt”, to which Holden adds some keening, swings smartly along and would be the perfect soundtrack to the famous ballroom scene in Heaven’s Gate. The originals are even better. “Goodbye Beulahland” has a mournful, stately feel, “Mama Don’t Cry” is as catchy as you could wish, and the closing “Swans”, which comes around far too soon, sweeps the listener along in a dancing whirl.

This is only I Draw Slow’s second album, but it’s as good, and in many cases better, as those from bands who’ve been playing forever. Warm, engaging, beautifully played, great songs and a great voice. Now, if they’ll just venture out of Ireland for some live
dates…?